The National Landcare week launch was a one-day event, whose main goal was to create awareness and showcase success stories with demonstrations on Junior Landcare programmes in Uganda. The event involved a Landcare awareness walk through Kabale Municipality along the Main Street. After the Landcare awareness street walk, the guests were hosted by Kabale Primary School, one of the schools implementing the Junior Landcare programmes and taken on a guided tour of the school gardens, which host demonstrations of vegetable nurseries, kitchen gardens and agroforestry practices. The guests were later treated to exhibitions; poems; and a music dance and drama presentation Gala. The session was crowned with awards for different schools that implement the Junior Landcare programme. The Junior Landcare week is proposed to be an annual national celebration that acknowledges the great work being carried out by the young generation in schools, voluntarily caring for land as a key livelihood asset for the economic development of Uganda and most countries, especially the Least Developed Countries (LDCs).

The Landcare street walk involving school children, teachers and adult well-wishers was guided by a brass band, played by young people from Kabale Trinity School (Figure 1). Participating Schools with Junior Landcare Clubs, which were involved in the street walk and other events included:

The Chief Walkers were the Mayor for Kabale Municipality (Mr. Byamugisha Sentara); the Vice Chairperson for Uganda Landcare Network (Dr. Joy Tukahirwa); representatives from Landcare Chapters of Australia, Kenya South Africa and different regions of Uganda; Teachers from different Primary Schools; Members of Kabale Agroforestry Network (KAN) and young people from different primary schools implementing the junior Landcare programme. The street walk attracted attention from a big audience of people of different ages, who had come to Kabale Municipality on different errands and the business communities. The key message on the goal of the Landcare programme was clearly elaborated on the banners, which were hoisted by the young people from different primary schools. 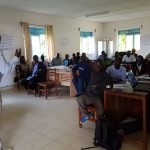 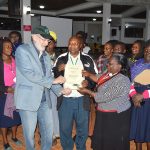 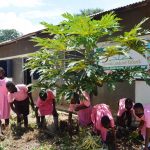 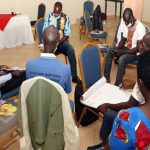